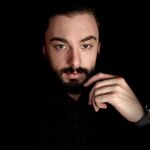 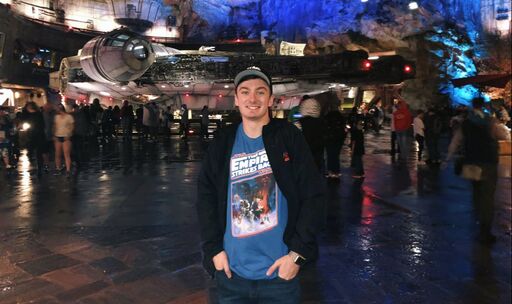 Hey everyone! My name is Eric Patrick Cameron. Thank you all so much for your love and support! It means the world to me! If you ever want to contact me, reach out to me, ask me a question, or anything else, you can reach me on Twitter (@EricCameronFilm) and Instagram (@EricCameronFilms). Cheers! MTFBWY!
-Eric

Eric Patrick Cameron is a director, screenwriter, and actor known for 'The Trailer Awakens (2017),' 'Avengers: Endgame (2019),' 'Spider-Man: Far From Home (2019),' and 'Instant (2019)'-- to name a few. In addition to these titles, Eric avidly works on feature screenplays and treatments for future production. He has always had a strong love and passion for cinema and what goes into the filmmaking process. Some of his favorite films include 'Star Wars,' 'Raiders of the Lost Ark,' and 'Back to the Future.' Eric’s goal is to break into the Hollywood scene, work with some of his favorite filmmakers, and make movies that people enjoy.

"Dreams are always worth chasing if you have the courage to pursue them."
- Mr. Walt Disney

"Your future hasn't been written yet, no one's has. Your future is whatever you make it, so make it a good one!"
- Doc Brown from 'Back to the Future Part III (1990)'

"Find out how to be useful. Figure out how to make it not about you; but make it about the project, about the story. Just be useful."
-Harrison Ford [when I asked him for advice on getting into the film industry]

”Just go out and make your movie. Nothing is holding you back.”
-J.J. Abrams [giving me personal advice on filmmaking] and Steven Spielberg

”Life moves pretty fast; if you don’t stop and look around every once in a while, you could miss it.”
-Ferris Bueller from 'Ferris Bueller’s Day Off (1986)'
​
•
​
Fun Facts About Me:

1. I have been making movies since I was nine years old and have wanted to get into the film industry since I was only two years old when I saw Toy Story for the first time. Films such as Raiders of the Lost Ark, Back to the Future, and Star Wars were also incredibly influential in my early passion for filmmaking.

2. I am a strong believer and advocate for equal rights and opportunities, especially in the film industry.

3. One of my favorite hobbies is meeting icons in the film industry (filmmakers, actors, actresses, writers, etc) and just talking to them. It brings me great joy when I am fortunate enough to speak to some of my idols.